In 2016, the Canadian government decided to accelerate the phase-out of coal burning as a means to generate electricity, setting a target to have 90% of the country’s power generated by non-emitting sources (in terms of CO2) by 2030. Four Canadian provinces still produce electricity from coal – Alberta (AB), Nova Scotia (NS), New Brunswick (NB), and Saskatchewan (SK). In these provinces, around 3,900 workers are directly employed in the coal sector. The province of Ontario had already completed a coal phase-out by 2014; a political decision taken, among other reasons, to improve the air quality in the province and in its biggest city, Toronto. Aware of the geographically and socially uneven distribution of the negative effects of a coal-phase out, the Canadian government established the “Task Force on Just Transition for Canadian Coal and Power Workers and Communities”. This task force was instructed to provide knowledge, options, and recommendations to the Canadian Minister of Environment and Climate Change. 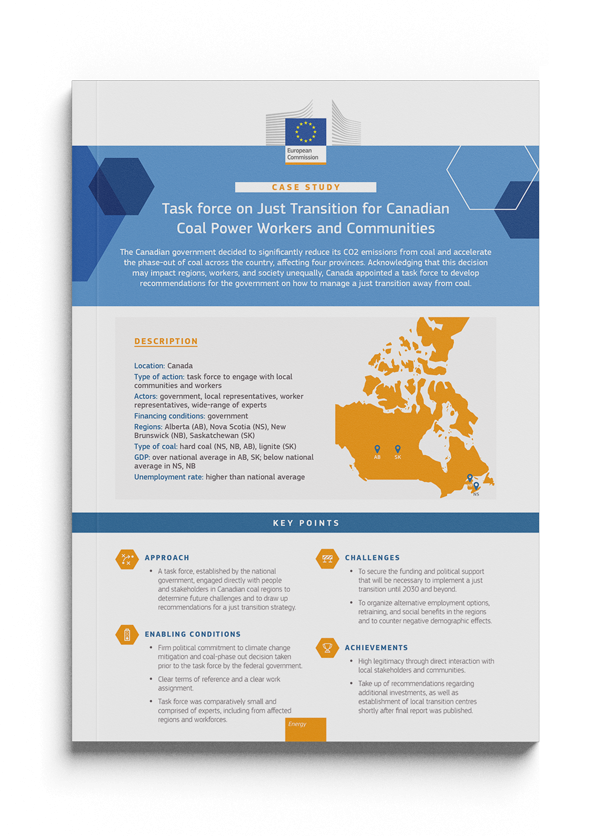