Silesia is the most populated and urbanised region in Poland with over 4.5 million inhabitants. 78% of its population live in cities and its population density is 370 people/km2. The region comprises of eight NUTS-3 subregions, out of which six are notably affected by coal mining and related industries. The communities where the majority of the miners live are located in central and western subregions - namely Katowicki subregion, Bytomski subregion, Gliwicki subregion, Rybnicki subregion, Sosnowiecki subregion, and Tyski subregion. Silesia is the most coal-dependent region in Poland with mining playing an important role in the regional economy. However, its gradual decline in recent years is also apparent as production is declining in view of falling productivity and low profitability. The mining industry’s share of Silesia’s GVA was 6.9% in 2017 (a decrease from 9.8% in 2000). At the same time, the sector still employs around 73,000 people, which represented 4.2% of total employment in the region in 2019. 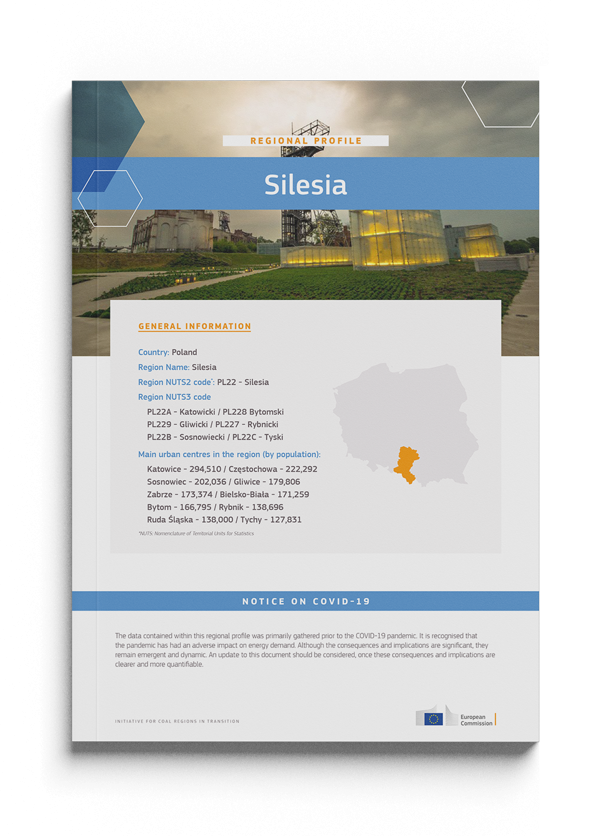