Poland faces a declining and ageing population, which is apparent through a decreased share of young people and an increase in the population aged between 44 and 64, and of post-working age. By contrast, since 2004, Małopolska observed an increase of its population (by approximately 178,000 people). This increase is forecasted to continue, with the Central Statistical Office projecting that Małopolska will see a population increase of 0.7% through to 2035 (with respect to 2014), resulting from both births and (net) inward migration. Poland in general, and Małopolska particularly, have very low unemployment rates (3.9% and 2.9%, respectively). The employment rate in Małopolska stands at 72%. Workers enjoy a high level of education, with only 5.1% of population of Małopolska having a low educational level (levels 0 to 2), compared to a national average of 7.6%. The region has also a higher share of people with tertiary educational level (33.0% compared to a national average of 30.9%). The region’s gross domestic product (GDP) was €37.6 billion in 2017, representing about 8.1% of national GDP. GDP per capita is slightly below the national average (at €19,100 compared to €20,900 at national level in 2017). There is a growing importance of sectors such as high-tech manufacturing and automotive industries, but traditional sectors (metallurgy, heavy chemicals, mining, metal, and tobacco and food industries) continue to constitute Małopolska’s regional economic base. With 55.4 micro, small or medium enterprises per 1,000 inhabitants, Małopolska ranks above the Polish average of 49.7. 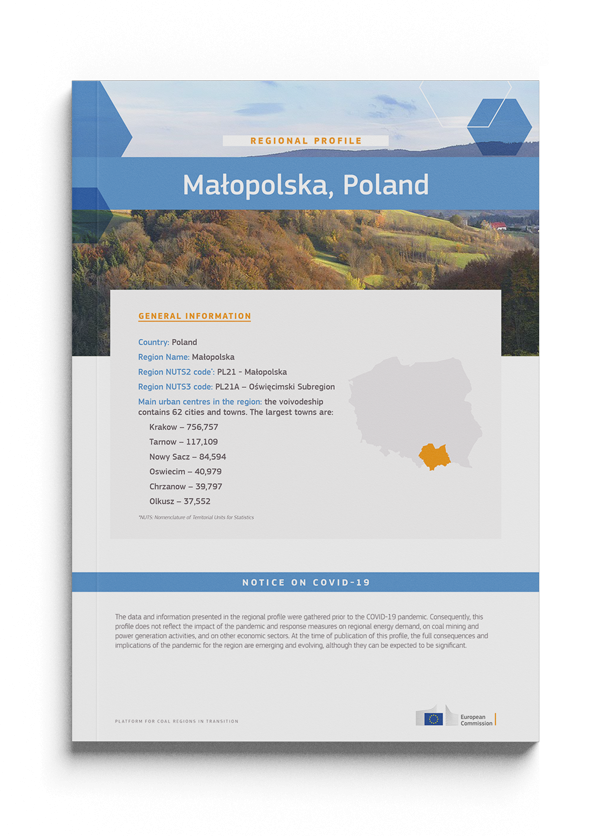