The Jiu Valley is a traditional coal-mining region with mining activities dating back over 150 years. High levels of industrialisation, and a flourishing economy and a distinct culture and heritage, drew in many people from (poorer and less developed) regions of Romania and other European countries. Throughout the communist era, Jiu Valley’s population kept expanding through an intensive industrial development programme, which focused on steel and other manufactured products. By the end of the 1970s, the number of miners alone had reached nearly 180,000. The majority of the population is concentrated along the six mining towns - Petrosani, Lupeni, Vulcan, Ulricani, Petrila and Aninoasa - though some residents are located in more isolated settlements in the surrounding hills and mountains. To this day, the Jiu Valley has a largely undiversified economy focused on mining and agricultural activities. 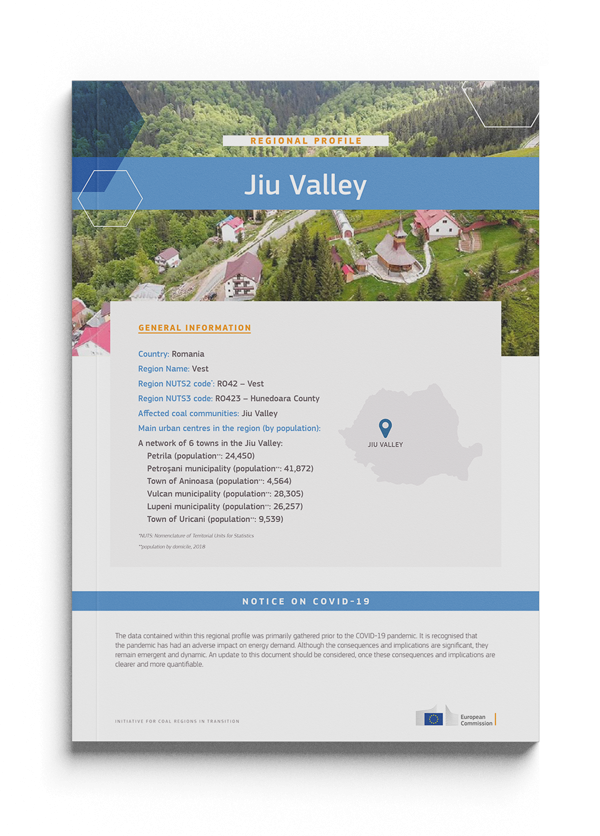